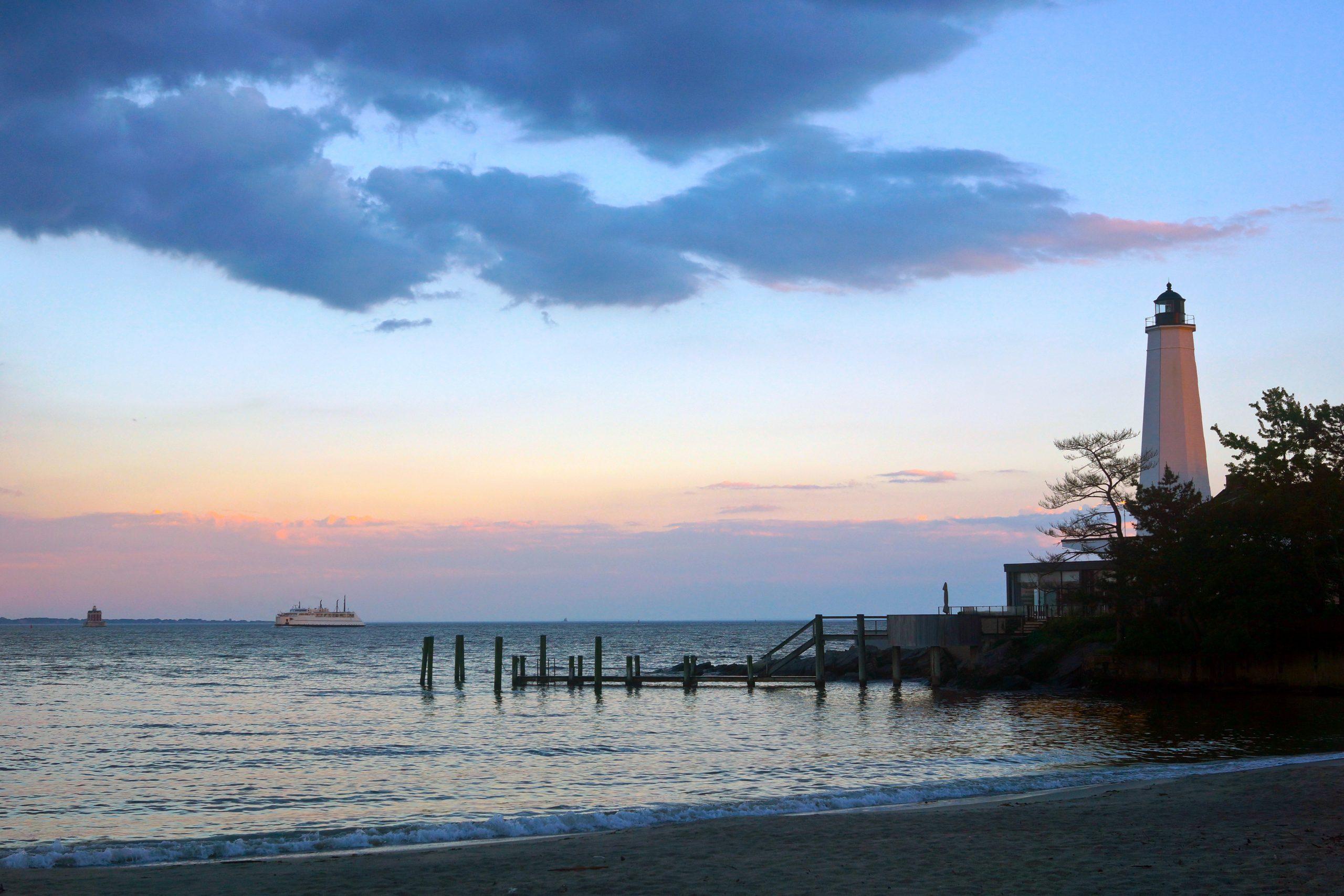 New London, CT is a city steeped in maritime history and was once one of the world’s largest whaling ports. The town is situated on the natural harbor formed as the Thames River flows down to Long Island Sound. This is a maritime town if there ever was one! New London is also one of the hottest locations for the arts on the east coast. If you’re moving to this lovely area in the northeast, read on! The best (and worst) of living in New London, CT is coming right up!

Pros and Cons of Living in New London, Connecticut

Seeing as we’re in Connecticut, the birthplace of the hamburger, it’s no surprise New London’s food scene is hot! For example, we’ve all eaten pizza, that delicious Italian favorite, but what about ‘apizza’? Apizza is what they call pizza here, a throwback to the food’s Sicilian roots, and it’s incredible! Coal-fired and charred to perfection, it’s a delight! You’ll hear people in New London talking about pizza all the time, so now you’ll know what they’re talking about. They’ll also be talking about (and drinking) the wide variety of craft beers found here.

Most importantly, though, is the fact that New London is a seafood utopia. Fresh off the docks 365 days a year, seafood doesn’t get any better! (The lobster around here is some of the best on the planet!) If you love everything about seafood, living in New London is a delicious dream come true. Many folks here rent New London storage units to store their boating and fishing gear.

When you’re rolling one of New London’s beaches in summer, it’s hard to imagine, but winter here can be brutal. As a northeastern, coastal city, New London is exposed to all the fury the Atlantic ocean can dish up. The wind off of the ocean can make it feel 10 to 20 degrees colder, too, forcing folks here to dress accordingly! Winter is also longer here, or at least feels that way. With freezing temps from November through March (and often April), it can feel like winter will never end. Winter’s cold is easily one of the biggest cons of the pros and cons of living in New London, CT.

PRO: The Coast is Spectacular in Living in New London

If living your best life on the coast is what you seek, New London is perfect. You’re never more than a mile from the Atlantic when you live here! As you might imagine, the beaches are spectacular, and the fishing and crabbing even more so! You’ll be getting up every morning to see the magnificent sunrise, too! It’s a nautical fanatic’s dream, with sights, smells, and sounds like something out of a seafaring movie! Our incredible coast is a top pro of all the pros and cons of living in New London, CT!

While New London isn’t a crime-infested disaster (not by far), it needs some improvement. We’re rated a C by Niche and, with a score of 35.9, it’s well deserved. (The national average is 22.7.) The biggest problem is property crime, including burglary and theft. We’re below the national average, thank goodness, but still high for our city’s size. Violent crime rates are also lower but still not perfect. Most neighborhoods here, however, are safe and quiet.

PRO: The Cost of Living in New London is Relatively Affordable

Out of the seven major cost indexes in any city, New London is higher than the national average in three. We’re also close to the average in another 2, which begs the question; how is New London affordable? The reason is simple; housing and the median home cost are affordable. At 69/100 and $159,800, respectively, they’re among the lowest in the United States. Being 31 points below the national average in this part of the country is, frankly, quite rare. It likely has to do with the fact that New London is a tiny town with less than 30,000 inhabitants. In any case, you’ll pay much less for housing here than in many other American townships.

Living in a small-ish town does have its perks, and one of them is short commute times. In New London, we’re happy to say the commute time is well below the national average. At just under 18 minutes, you’ll save 8 minutes one-way every day. (The national average is 26 minutes one way.) That adds up to quite a bit of time at the end of the year. (70 hours!)

One instant giveaway that New London is a small town is that we only have 11 public schools. (New York City, for example, has over 1700.) Unfortunately, another giveaway that we’re tiny is that our schools are only average. Niche gives us a C which, while not disastrous, isn’t exceptional either. Our best school is easily Robert E Fitch High School, which gets a B+. (It’s also the #71 high school in the state, which is moderately impressive.) If you have a young family and want the best education, living in New London might be problematic.

What do you think of lovely New London after seeing our list? We’re MooveIn Self Storage, and we hope this info has been helpful to you! We’re the self-storage experts here with New London storage units around the city. They’re clean, safe, and affordable and perfect for storing your fishing and boating gear. Chat with us online anytime if you need help or have questions! Until then, we hope you enjoy living in New London as much as we do!

More About the Cities That Moove In Self Storage Serves: