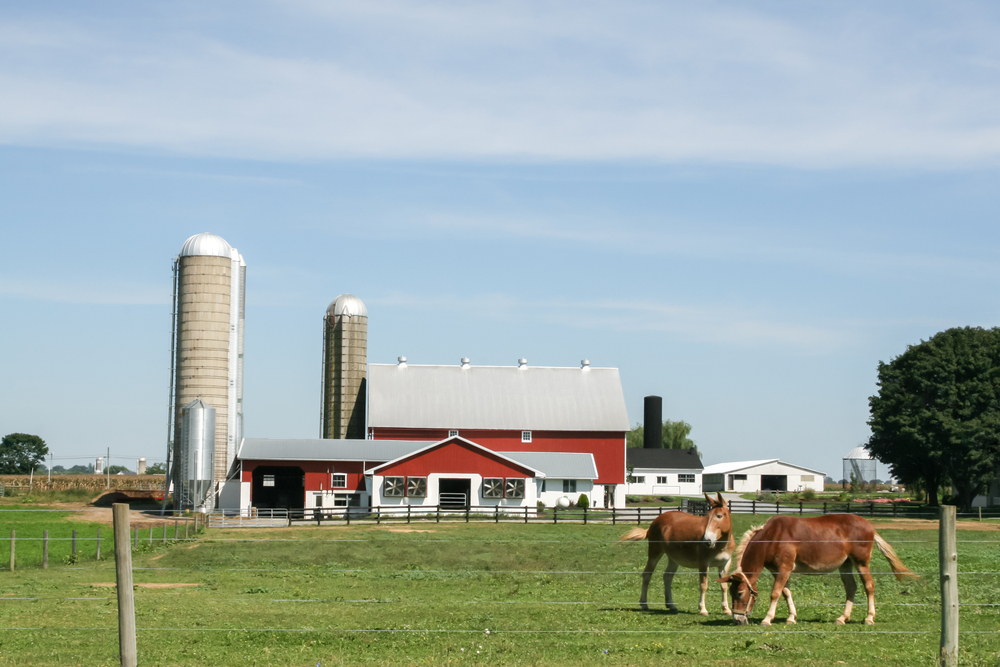 You won’t find a town much sweeter than Lancaster, Pennsylvania. Famed chocolatier Milton S. Hershey, of Hershey’s Chocolate, started making his now ubiquitous treats right here in our town. You’d also be hard-pressed to find a place that’s more intertwined with American history. Betsy Ross’s uncle, George Ross, lived in Lancaster and introduced his niece to George Washington, leading to the first rendition of our great American flag. Lancaster was even the nation’s capital for a day when the Continental Congress met there in September of 1777.

More than history or chocolate (both of which have their importance to be sure), Lancaster has many other wonderful attributes. Like any city, we may have one or two drawbacks, but in the end, the pros outweigh the cons by a good margin. Let’s take a look at some of them and see everything our lovely American city has to offer.

Pros and Cons of Living in Lancaster

Recognized as a National Historic Landmark in 1969, the Fulton Opera House is a true American treasure. It’s also the oldest working theatre in the United States and runs as a non-profit. The “Grand Old Lady’ holds six mainstage productions every year. They’ve seen some of the best, including Newsies, Aladdin, and the critically acclaimed Lightning Rod. The theatre was also the sight of the premiere for Witness, the film starring Harrison Ford and Kelly McGillis that primarily focused on the lifestyle of the Amish people, who have long been a big part of Lancaster.

Pro and Con (Depending on Your Point of View)- Snow

Some folks think of snow and smile from ear to ear, while others might mumble softly under their breath. Whichever of the two you happen to be, you’ll either be smiling or mumbling a lot because Lancaster sees its fair share of the white stuff. For skiing enthusiasts, we offer a winter wonderland from December through early April, with breathtaking scenery and snow-skiing options aplenty. Even if you’re not a big fan, they keep the major roads very nicely maintained throughout the winter.

Pro- Lancaster is One of America’s “Best Places to Live”

Residents of Lancaster have known this for a long time. Lancaster was voted the #2 Best Places to Live for Quality of Life by U.S. News. That’s out of 125 of America’s biggest metro areas based on a wide range of criteria. Other ‘Best’ rankings include;

#3 in Best Places to Retire

#2 in Best Places to Live in Pennsylvania

#13 in Safest Places to Live

#48 in Best Places to Live in the United States

Con- Winter Can Be a Little Long

Depending on the kind of weather you like, the winter in Lancaster can sometimes seem to drag on a bit longer than in other parts of the country. It’s nothing like, say, Fargo, Chicago or Green Bay, but December through March, you can expect frigid nights and cold days with a good deal of snow. If you’re not a big fan of shoveling the white stuff, winters in Lancaster won’t be your favorite time of year. Luckily, the rest of the year is wonderful!

Only in Lancaster can you be driving through seemingly endless farmland only to suddenly come upon a manicured suburb and, a few minutes later, be in the middle of the hustle and bustle of the city. Rolling farmland is everywhere in Lancaster and, with it, an incredibly large amount of farm animals. (See the next Con for more about that.) This mix of scenery brings a lovely mix of people with it, from farmers to families, young professionals, and college students. Nearby Millersville University teaches about 8000 students annually.

Con- The Interesting Aroma of Lancaster

While you’d be hard-pressed to call it stinky, Lancaster does have a certain… aroma to it that takes a bit of getting used to. As we mentioned above, with all the rolling farmland, Lancaster has more than its fair share of farm animals. Also, Mars Chocolate North America and their massive factory is nearby, as well as a giant Kellogg’s cereal plant. Don’t forget the annual World’s Largest Chicken BBQ, which is held annually in May and serves upwards of 20,000 people every year. We don’t think it’s a big enough Con to keep you from moving there, but it does deserve mention.

In U.S. News & World Report, Lancaster scored a 9.3 out of 10 on Healthcare Quality. That’s impressive no matter how you slice it! We scored higher than every city in America except for New York, Philadelphia, and Allentown! There’s an astounding number of hospitals here serving the public and they get more sophisticated every year. An example of this is Lancaster General Health, which recently integrated with Penn Medicine in Philadelphia, bringing big-city medical resources much closer.

Pro- Lancaster is LEEDing the Way in Environmentalism

The Leadership in Energy and Environmental Design (LEED) began as a green building rating system facilitated by the US Green Building Council (USGBC). The organization promotes the creation of energy-efficient buildings and communities. They recently awarded Lancaster the Gold Certification through their LEED Cities program.

Why? Many reasons, including the fact that our lovely city is walkable and pedestrian-friendly, supports sustainable growth, has embraced wind power, and is home to the second-largest solar farm in the entire state. Our city’s commitment to going green is highly commendable and another excellent reason to live here.

Like anywhere in the United States, many people who live in Lancaster accumulate a lot of stuff. Furniture, clothing, household goods, outdoor furniture, ATVs, sporting goods, and bicycles, just to name a few. At MooveIn, we promote donations but also realize that, if you need extra space in your home but don’t want to part with certain things, you need a viable option.

We provide that option with safe, secure self-storage units that are accessible seven days a week and patrolled by video surveillance 24/7. Large, keyless front gates making coming and going a breeze and, if you have questions, you can chat with one of our managers and get answers right away. The best part is that you can reserve a self-storage unit online within minutes, making it quick and easy to get more storage space!

Living in Lancaster is Great

There’s no denying that Lancaster is a wonderful, safe and affordable place to live. We’ve got a nice mix of everything, we’re very close to New York City and Washington DC, and we offer a lot of opportunities to enjoy the great outdoors. We’ve certainly got more pros than cons which, in our opinion, makes our city a lovely place to live.