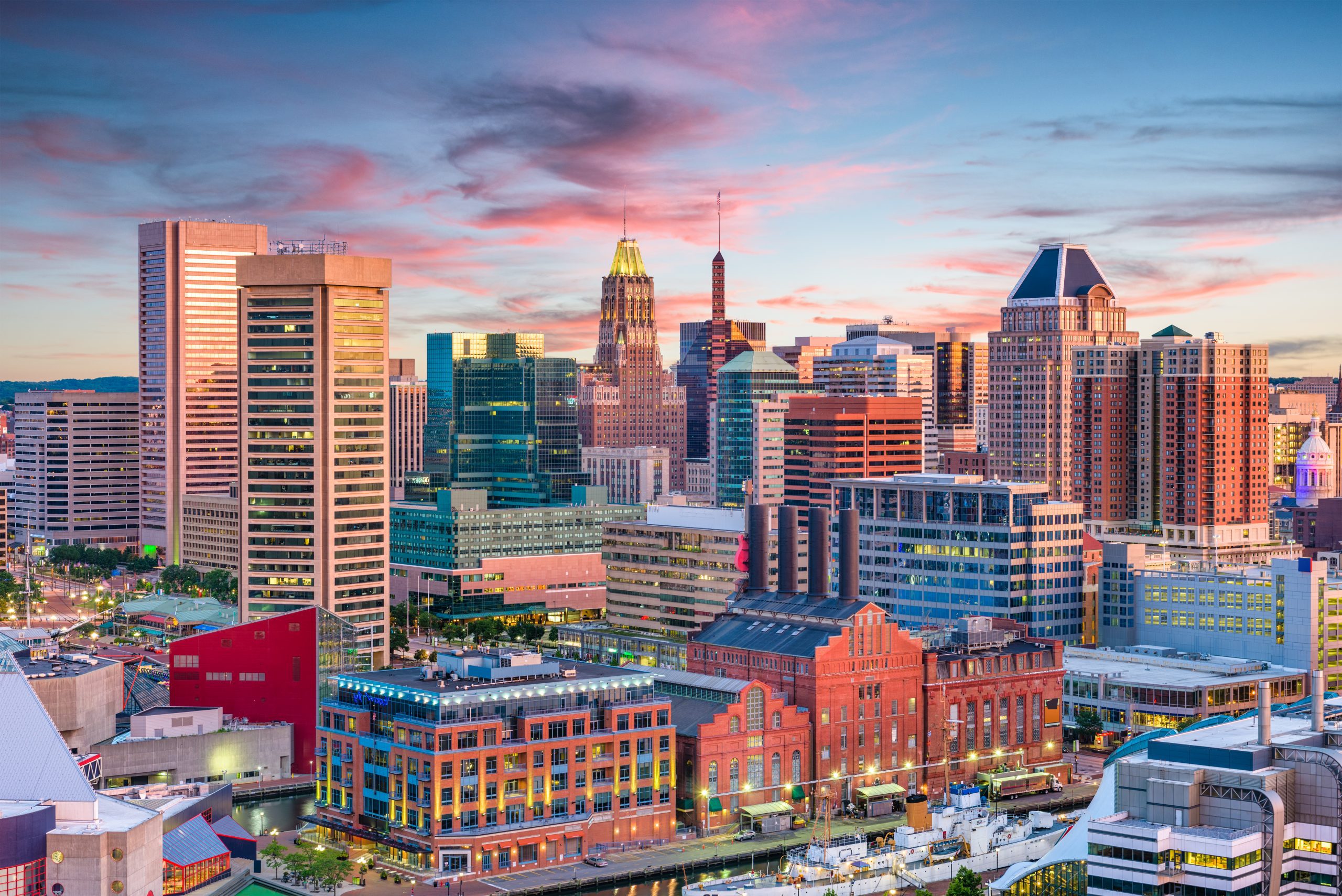 Are you interested in moving to Baltimore, MD? This article lists everything you need to know. We’re MooveIn Storage, the Baltimore storage unit experts. If you have any questions about storage during your move, chat with us online today.

Located on the United States’ northeastern coast, Baltimore is the largest city in Maryland and its economic hub. It’s also a beautiful city known for being very diverse and colorful and having many excellent amenities. Those include a beautiful harbor, distinct neighborhoods, impressive museums, and a world-class aquarium. Some of the most well-known hospitals in the world are in Baltimore. They include the University of Maryland Medical Center and Johns Hopkins Medicine. To get an idea of what Baltimore is like, however, all you need to know is its nickname, Charm City.

If you’re moving to Baltimore, it’s always a great idea to know what’s in store when you arrive. To help, we’ve put together this article with helpful tips, hints, and advice. What To Know Before Moving to Baltimore, MD has the answers you seek! Read on to find out all about this fabulous, diverse and exciting city!

The Cost of Living Here is Higher than Most Cities

No matter where you live, you have to take the good with the bad. In Baltimore, the bad is that it’s almost 20% more expensive to live here. (Technically, about 17% more.) One of the main reasons for this is that Baltimore’s housing cost is very high, unfortunately. How high? 47% higher than the national average (147/100), which is substantial.

So yes, you’ll pay more for a home here, or an apartment, than almost 50% of the other cities in the US. It’s one of the biggest detractors from an otherwise fantastic city. One of the ways that people avoid this higher cost is by renting a storage unit also. Instead of renting a 3-bedroom apartment, for example, they get a 1-bedroom. Then they store their extra stuff for the day that they buy a home. (It lowers their rental costs substantially, allowing them to save money for a home!)

Moving to Baltimore Means Being Close to Other Big Cities

One of the biggest plusses of living in Baltimore is its closeness to several major cities. Washington, DC, the seat of our democracy, is less than 45 minutes away. Philadelphia is close also at about 2.5 hours, and New York is definitely within a day’s drive at about 3.5 hours. That’s great news for anyone who loves those cities or needs to visit them often for work. It also opens up many opportunities for special activities and trips without the need to fly.

The Nightlife in Baltimore is Exciting and Lively

There’s something extraordinary about Baltimore at night, especially near the harbor. The lights, sounds, and aroma are intoxicating, and the pitch fevered is one reason why the population here is younger than in many other American cities. If you’re young or young at heart, Baltimore at night can be breathtaking!

Being this close to Washington, DC, and New York, one would think Baltimore’s schools are top-notch. Sadly, that’s not the case. Our city rates a C- for schools which, frankly, isn’t great. Interestingly, even though we get a C-, we spend more per student in Baltimore than the average city. The average across the United States is $12,383, while, here in Baltimore, we spend $16,838 per student. Still, just because we spend more money doesn’t mean our students are getting better grades. If you decide to move to Baltimore, make sure the community you choose is close to a good school. (There are a few here that do get excellent grades.)

Depending on where you live now, it’s very likely that you will pay more income taxes once you move to Baltimore. That’s because, at 11%, we’re more than double the US average of 4.6%. Ironically, the rate for sales tax in Baltimore is 6% instead of the US average of 7.3%. Still, that’s a small extra saving compared to a significant additional expense.

Moving to Baltimore Means You’ll Have All Four Seasons

Like most cities in the northeast, Baltimore has four distinct seasons. Winter here can be cold with lots of snow. On the other hand, summer can be oppressively hot on occasion but overall is quite enjoyable. Spring and fall in Baltimore are both fantastic, especially when trees and flowers start to bloom. January is the snowiest month of the year here, while July is the most humid. If you’re moving to Baltimore, we recommend checking the weather before you arrive. That way, you’ll know what type of clothing to pack!

There’s So Much To Do If You’re Moving to Baltimore!

Sorry, we get excited when we talk about Baltimore’s many amenities! Yes, we’re close to Washington DC and New York, but there’s more than enough to do and see right here! Some of the best activities include:

A young city means lots of residents who aren’t ready to own a home just yet. In Baltimore, we have that covered with many lovely, well-designed, and well-located apartment homes. (Keep in mind the rents here are higher than in many other cities.) Some of our best apartment complexes include:

We hope this article answered your questions and makes your decision process more manageable. We’re MooveIn Storage, the Baltimore storage unit experts. If you have any questions, you can chat online with a friendly manager at your leisure. Until then, we wish you all the best in your new Baltimore home!