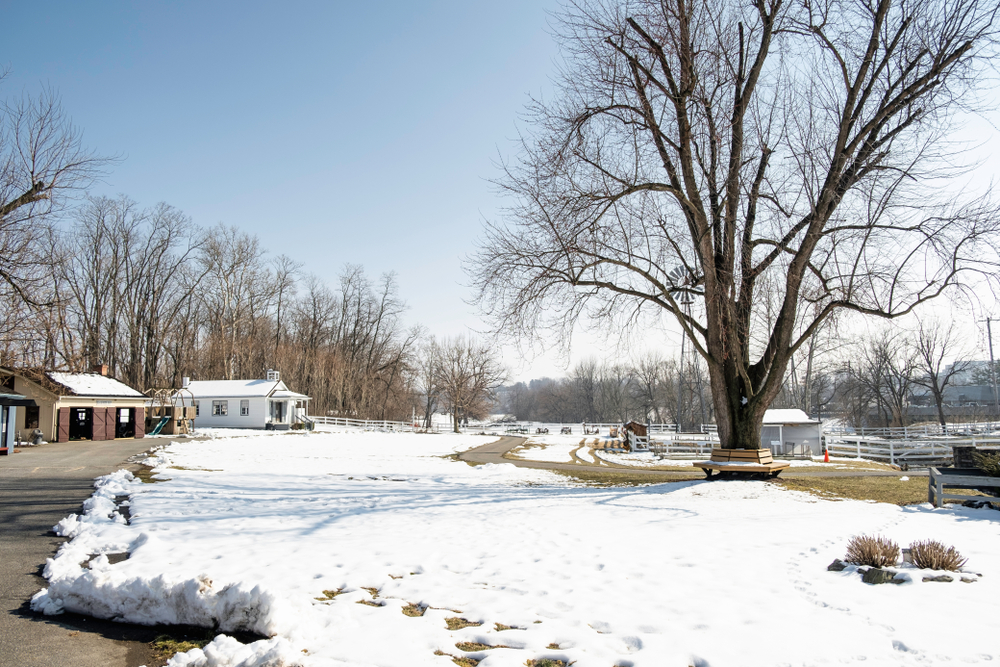 Planning a Move to one of the Top 10 Coolest Cities? Learn About Weather in Lancaster and Natural Disasters in Pennsylvania!

A lot of folks love Lancaster, PA, and why not? It offers some of the most affordable housing prices in the northeast and a small-town feel with big-city healthcare services. This hip Victorian city in the center of Amish country is wonderful for young families and practically perfect for retirees. Plus, there’s so much going on in Lancaster you’ll never run out of things to do! It’s no surprise that it’s Forbes magazine named it one of the ‘Top 10 Coolest Cities’ in America.

However, if you’re thinking of making a move here, we always recommend learning about the weather first. Also, it’s always good to know what, if any, natural disasters can happen. So, if you’re ready, let’s take a closer look at the weather in lovely Lancaster, PA! (Hint; we’re pretty sure you’re going to love it!)

Does Lancaster Have Four Seasons?

Indeed it does! Like much of the northeast, there are four very distinct seasons in Lancaster. If you’ve ever heard the adage “In like a lion, out like a lamb,” that pretty much sums up Lancaster’s spring. It starts cold and windy and ends up warm and lovely. Summer can be hot and humid (and more than just a little bit wet), but when the sun shines, it’s beautiful, and wonderful aromas fill the air.

For many folks who live here, autumn is the best time of year due to the warm, dry days, crisp nights, and the annual explosion of color as the leaves change. Then there’s winter which, if you’re a big fan of snow, will have you smiling as it’s quite cold and there’s plenty of the white stuff for a good three months (if not longer). All four of these distinct seasons have their charms.

What Time of Year Has the Best Weather?

Frankly, that all depends on what your idea of the ‘best’ weather is. Many folks love the summer when it’s warmest, but some don’t like the humidity and extra rain. If you’re a fan of snow skiing, then you’ll love winter in Lancaster because you’ll get to hit the slopes for at least three months. Then again, it’s quite cold, which for some isn’t optimal weather.

As we mentioned, autumn is the time of year many find most delightful, especially if you like picturesque scenes that look like Normal Rockwell painted them just for you. There’s also the Tourism Score, which tells us that June through late September is the best time to visit Lancaster (and, honestly, we can’t argue with that). In short, take your pick, because the weather in Lancaster offers something for everyone.

Does Lancaster Have any Natural Disasters or Severe Weather to Worry About?

One of the biggest concerns, weather-wise, that you’ll have in Lancaster are winter storms that dump a huge amount of snow, sleet, and ice. Locals will tell you that it’s best to stock up on food and firewood before winter hits and to get a backup generator in case the electricity gets knocked out for a few days.

Flooding is also a risk in Lancaster. For example, in 2015, a strong low-pressure front stalled in the mid-Atlantic region during Hurricane Joaquin and caused significant flooding around the Lancaster area. Tornadoes are also a threat, although Lancaster has never had anything worse than an EF-1 tornado. In the last ten years, only one tornado has caused significant damage.

What Months are the Wettest, Coldest, Hottest, and Driest in Lancaster, PA?

January, with an average high temperature of 38.1F or 3.4C, is the coldest month of the year in Lancaster. The average low temperature is 21.9F or -5.6C, so make sure you have proper winter clothing to stay cozy and safe!

July is by far the warmest month in Lancaster, with an average high of 85.3F or 29.6C and lows of 64.2F or 17.9C. If severely hot weather isn’t your cup of tea, Lancaster’s summer will fit you perfectly.

The month that sees the least rainfall in Lancaster is February. It rains for only about 8.5 days with an accumulation of about 2.5 inches or 6 cm. of precipitation. It’s mostly cold, dry, and clear, making it great for runners and bikers.

The difference between the wettest month and the driest month isn’t that large. In Lancaster, it only rains for about 9.1 days in September with an accumulation of about 4.6 inches or 11.5 cm of precipitation.

When is it Possible to See Snow in Lancaster?

The snowiest months in Lancaster are typically December, January, and February. However, it’s not uncommon to see snow in April and November as well. If you calculate the amount of time it snows throughout the year, it’s more than a week’s worth of snow! That’s nearly a foot and a half of the white stuff, 18.3 inches or 47 cm. Some years that amount can increase substantially. By the way, snow, rain, sleet, or humidity, one of our climate-controlled storage units at MooveIn, will keep all your things safe and sound!

Where Can You Store Your Household Goods When you Move to Lancaster?

If you’re moving to the Red Rose City, reserve a self-storage unit for your household goods just in case something goes wrong with your closing (these things do happen). At MooveIn, we can store more affordably then a moving and storage company. Even better, you have access to your things 7-days a week if you need them.

If you’re already living in Lancaster, and you need some space, a self-storage unit is a great solution. Any furniture you want to keep, older clothing you don’t want to part with, and even baby things you’re keeping for sentimental reasons will all store very nicely (and affordably) at MooveIn. Talk with one of our friendly managers today, and when you’re ready, you can reserve your storage unit online!

Lancaster’s weather Offers Something For Everyone!

Whether you’re a big fan of beautiful fall colors, love visiting the Amish country in the summertime, or you’re a ski buff raring to hit the slopes, Lancaster has you covered. Springtime is pretty sweet, too; we have to say. Once you’re here, we can guarantee you’ll never want to leave!

Read more about Lancaster, PA; a Moove In community: