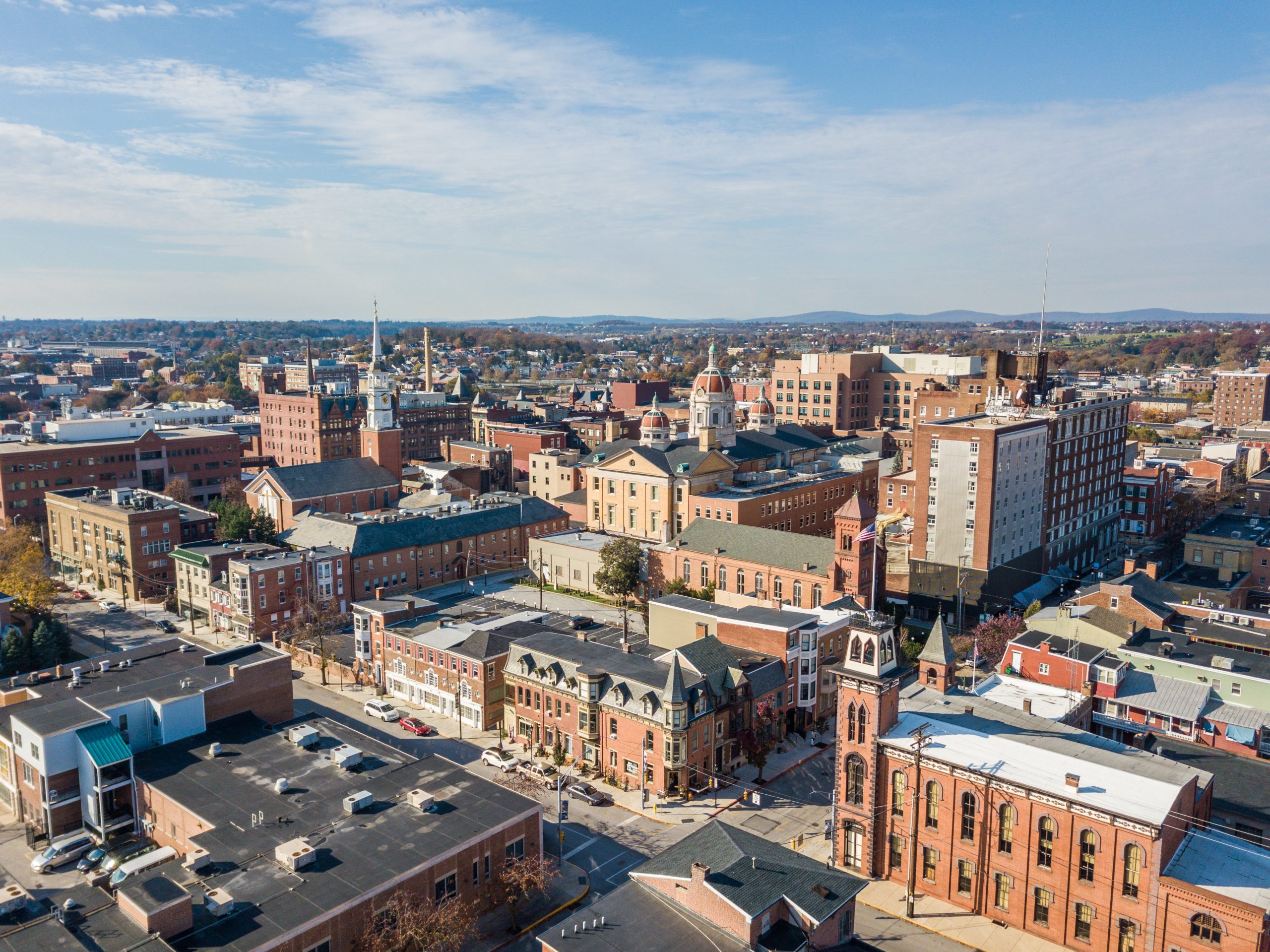 If you look up “quaint” in the dictionary, you may see a photo of York, Pennsylvania. That’s because York, in central PA, is about as quaint as American cities get! It’s also one of the sweetest cities, literally, as the home of the York Peppermint Patty! Below, you’ll see all the good (and not-so-good) things about living in York. Sound like a plan? Then read on to find out more!

PRO: The Overall Cost of Living in York is Affordable

One of the best reasons to live in York is that it’s (mostly) an affordable city. We added the “mostly” modifier because, frankly, housing prices help the score so much. (More on that coming up!) For young families and retirees, York is a great place to relocate. Your budget will stretch much further here, at least for certain things like rent and mortgages.

We mentioned earlier that the cost of living in York, PA is affordable. The biggest reason why is that housing prices are so low here in White Rose City. How low? The median home price here is an astounding $55,000.00! That’s $120,000 lower than the national average of $173,000! Rental prices in York are more affordable too. The average rental fee is $850.00, or $200 lower than the national average. Both of those numbers make a living in York much more affordable than many other American cities.

CON: Other Costs Living in York, PA are Higher

Housing costs in York are phenomenal, it’s true. Unfortunately, some of the other costs here are less phenomenal. Check out this detailed Cost of Living in York Breakdown below! The scale we use below is out of 100, with 100 being the national average. So less than 100 is a good thing.

If you have a young family, the not-so-good news is that York’s schools don’t get perfect grades. Niche.com, the city ranking website, gives them a D+, which any student will tell you is barely passing. Now, to be honest, that grade is a bit misleading. (It’s an average of all the 21 public schools here in York.) For example, York Suburban Middle School and East York Elementary get an A grade, which is excellent. In short, make sure you choose a home in the right part of town if you have school-age kids!

In this part of the United States, you’ll find more to do outdoors than you can imagine! For example, there’s Lake Redman, where you can kayak, hike, fish, and have a picnic! Rocky Ridge Park offers magnificent, mature oaks and lots of areas for sports. The Heritage Rail Trail combines a beautiful hike through York’s woodlands with a steam locomotive museum and tour! There’s much more to do, too, especially snow skiing in winter. (We get a lot of snow here!) Fact is, many residents here rent a storage unit in York, PA, for their outdoor sports gear.

CON: Winter in York, PA Can Be Long and Cold

From November through March (and sometimes April!) York is a cold place. We don’t get many snow days, but it’s usually a lot when it does snow! Freezing days? In December, January, and February, you’ll see the thermometer fall below 30 degrees Fahrenheit almost every day! For some, that’s simply too cold. On the bright side, spring and summer here in York are fantastic. Fall brings all the colors of the rainbow, too, when the leaves change! (Of course, if you love snow and skiing, this might be a PRO for you!)

PRO: Commuting in While Living in York is Easy

Like we mentioned above, transportation here is affordable! Not only that, it’s very easy to get from place to place here! The average person in the U.S. spends almost 27 minutes in their car commuting one way. That’s nearly an hour a day, which is a lot of time behind a windshield. However, in York, the average commute is only 20 minutes, so nearly 15 minutes less per day. That extrapolates to 90 minutes a week, or 78 hours a year, which is over three days! That’s like getting a long weekend for free!

CON: Unemployment in York is Higher Than Average

If you’re moving to York to retire, finding a job isn’t your concern, of course. If, however, you’re still working, York may prove problematic. That’s because we have a higher unemployment rate than most cities, and we earn less too. Job growth has also been negative in York recently. That’s not to say that there aren’t excellent jobs here, just that you should probably acquire one before arriving.

PRO: Nightlife and Diversity in York Are Excellent

If engaging in enjoyable activities at night is your thing, york will be a pleasure! The nightlife here, as the kids say, is off the chain! Excellent restaurants are one reason why, as well as plenty of other places and activities. The people here are interesting too, with many different traditions, customs, and languages. Nightlife and diversity are two of the biggest pros of living in York, Pennsylvania!

What do you think of York, PA, now that you’ve seen the pros and cons? Here at Moove In Self Storage, we hope you like it because we believe York is fantastic! (We live here, too!) If you need storage units in York, PA, we have plenty of them, all clean, secure, and safe. If you have questions, chat online any time with one of our friendly managers! Until then, we hope you enjoy living and working in York as much as we do!

Read about the cities that Moove In Self Storage serves: